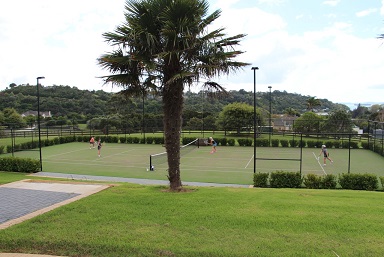 Meeting at 10.30am at the Whitford Domain (where the WTC will be based), the players were provided with instructions, maps and a packed lunch, and sent on their way. Committee members and some younger members of the club manned the Pavilion during the day, with competitors dropping in for refreshments and dropping off scores.

Games were played on private courts from the end of Ara Kotinga to Clifton and Broomfield’s Peninsulas. The schedule for each team ensured that competitors played on different courts throughout the day. Only a few people got lost!

Competitors were placed in groups of similar ability and many of the games were close.

The after tournament function and prizegiving was held at the Turanga Creek Winery.

This was a great day for everyone involved and the Committee would like to thank all the participants, the court owners for allowing us to use their fabulous courts, and the sponsors and people who donated the prizes, including Turanga Creek Winery, Barfoot & Thompson Whitford, Breville, Dyson, RJB Design, the Whitford Golf & Country Club, Formosa Golf Club, HunnyBunch Whitford, No.5 Design Whitford, Village Barn Whitford, Image Oasis Whitford, Hunting & Fishing, “Look at Me” Hairdressers Whitford, Leatherworks Limited, Whitford Liquor Store and Prenzel.

Prizes were also awarded for "closest third", "Longest Day" and most games won on the day.